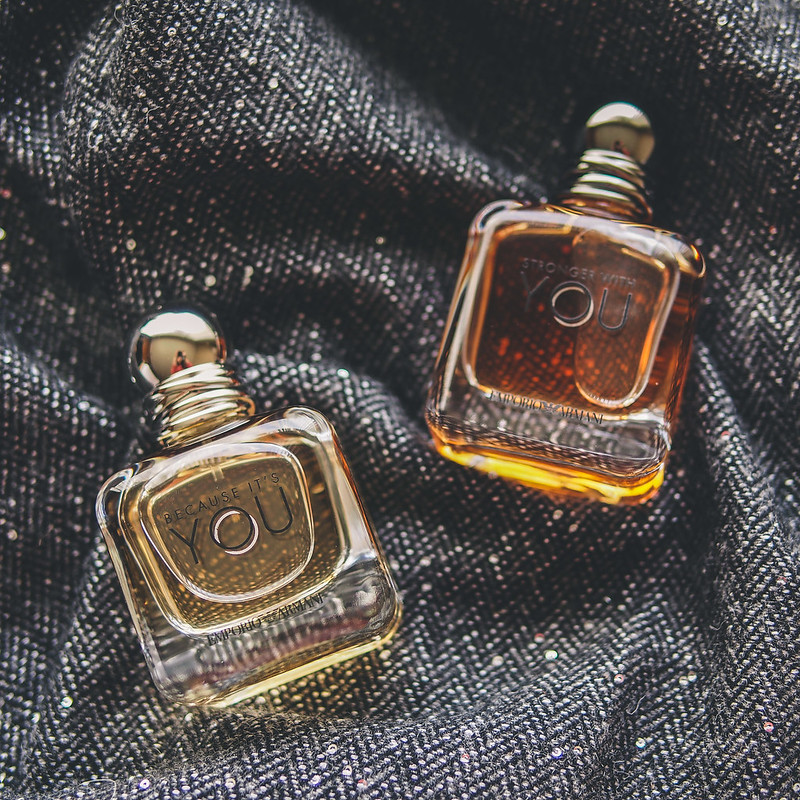 //embedr.flickr.com/assets/client-code.js
They say good things always come in twos. Armani’s latest launch plays with the idyllic notion of romance by releasing a fragrance duo that mirrors the masculine and feminine side of love. The softly rounded glass bottles with corresponding ring caps compliment each other yet subtle differences in design and tone set them apart.
Because it’s You* is described by Armani as passionate, feminine and magnetic with notes of raspberry, rose absolute and vanilla bean. By contrast, Stronger with You* has warm spicy notes of pink pepper, sage, chestnut and musk which designed to reflect a confident elegance that’s at once charming yet mysterious. Paired together, Armani wanted to rewrite a modern youthful love story.
SHOP ARMANI | Sephora | ULTA (50ml @ $90CAD) 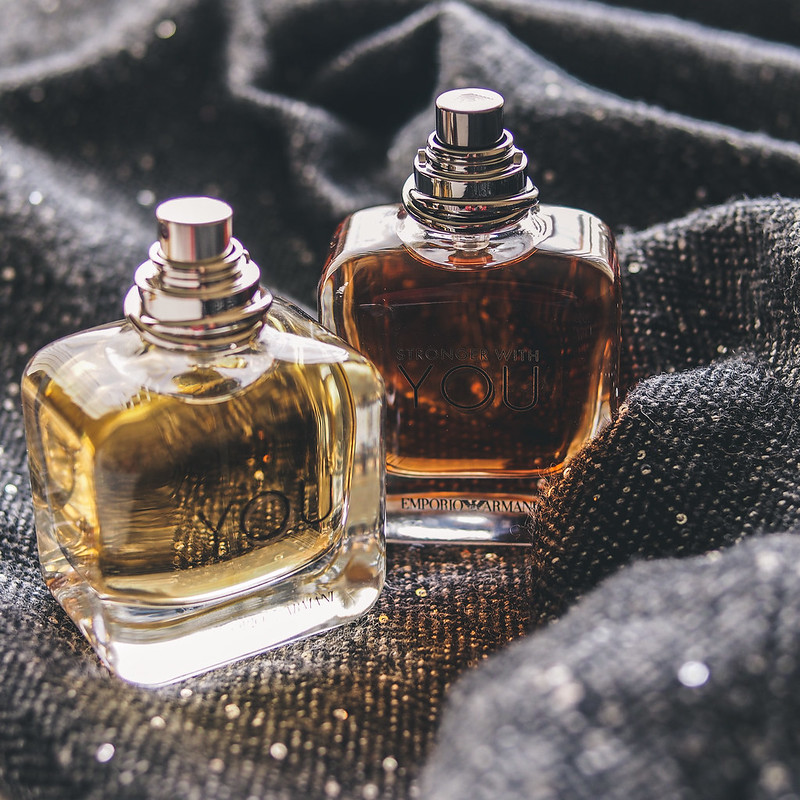 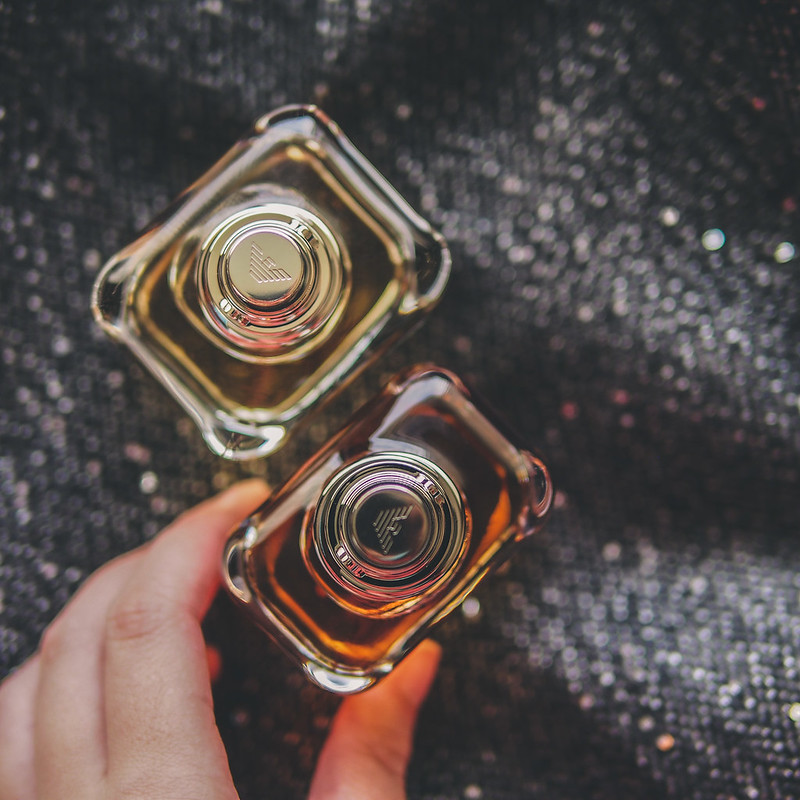 //embedr.flickr.com/assets/client-code.js
Having worn the woman’s version and sampled the men’s, I think my main conclusion is that this was a brilliantly swoon worthy marketing campaign that fell short of delivering an equally magnificent product.
Because it’s You is launched as a fruity floral and the scent on my skin is incredibly sweet…almost too sweet. It rides on the popularity of sugary scents from the last few years but lacks in wow factor. The opening is strong with a loud raspberry pop that quickly mellows out to reveal layers of rose with a vanilla base. There’s certainly a youthful identity tied to this scent that feels like its lingering at the cusp of womanhood but haven’t quite found its place. I find the dry down to be quite floral and likable but lacking in complexity. Staying power is average to good, lasting a solid 4-5 hours with a morning application. If you love My Burberry, you’d likely gravitate towards this.
Swinging a complete 180 degrees, Stronger with You has very traditional masculine traits that starts out with the sharp note of cardamon spice and quickly deepens to a familiar musk base. It’s more leather jacket than a cashmere turtleneck and more James Dean than Bruce Brosnan. The ode to youthfulness remains consistent and in that sense pairs well with its counterpart. 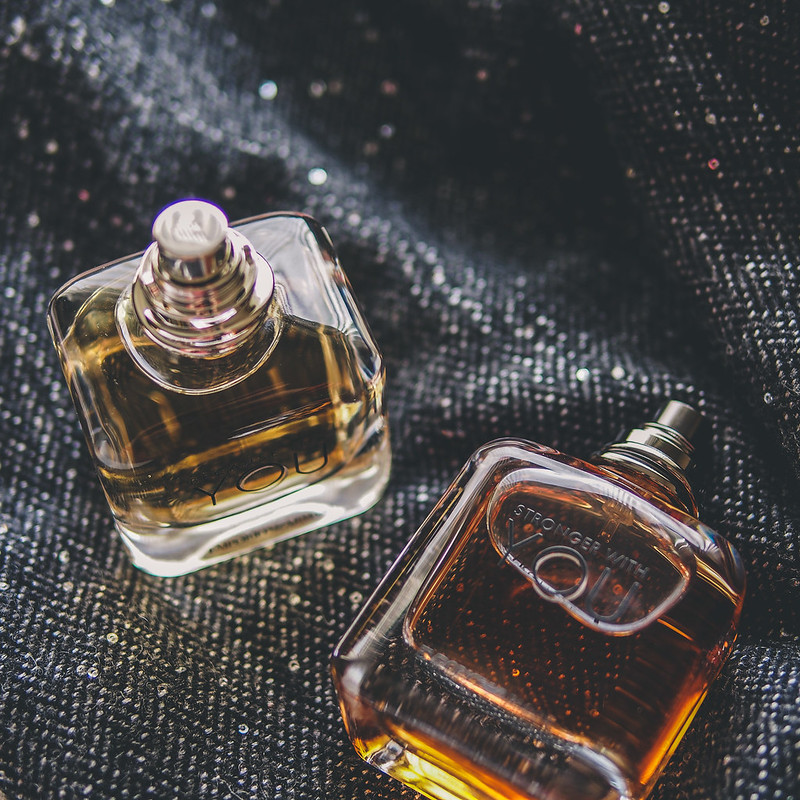 //embedr.flickr.com/assets/client-code.js
While both perfectly nice scents in their own respective category, I was just underwhelmed by the lack of complexity and depth in both of these bottles. Armani played it safe and delivered an expected duo with a snazzy social media worthy story line. Alternatively with a message like this I would have loved to see an older couple portraying strength and determination throughout the decades rather than young New York lovebirds. While this launch will certainly garner some fans, I question if it has the magic to become a classic.
Take care,
Twitter | Youtube | Instagram

Coming at you this weekend: Swatch and try-on of the lightest @lysbeautyofficial Triple Fix Serum Foundation 🙌🏻 Very affordable ($28cad) with pretty good looking ingredients, you bet I jumped on this fast!
Q: I’m toying with the idea of #sewing a co-ord knit set but can’t quite decide how long these fitted knit skirts should be... or are they just too proportionately awkward if you’re already short 🤷🏻‍♀️
#whatieat : Another #noodle night, took out the wok after a long long time - I take any opportunity to make noodles on the weekends. They don’t pack well overnight so I tend to skip them when I need to make extras for lunch.
Work in progress: Just some wide leg tie front pants I’m #sewing the past few weeks. Put the pockets on today 🙌🏻
%d bloggers like this: